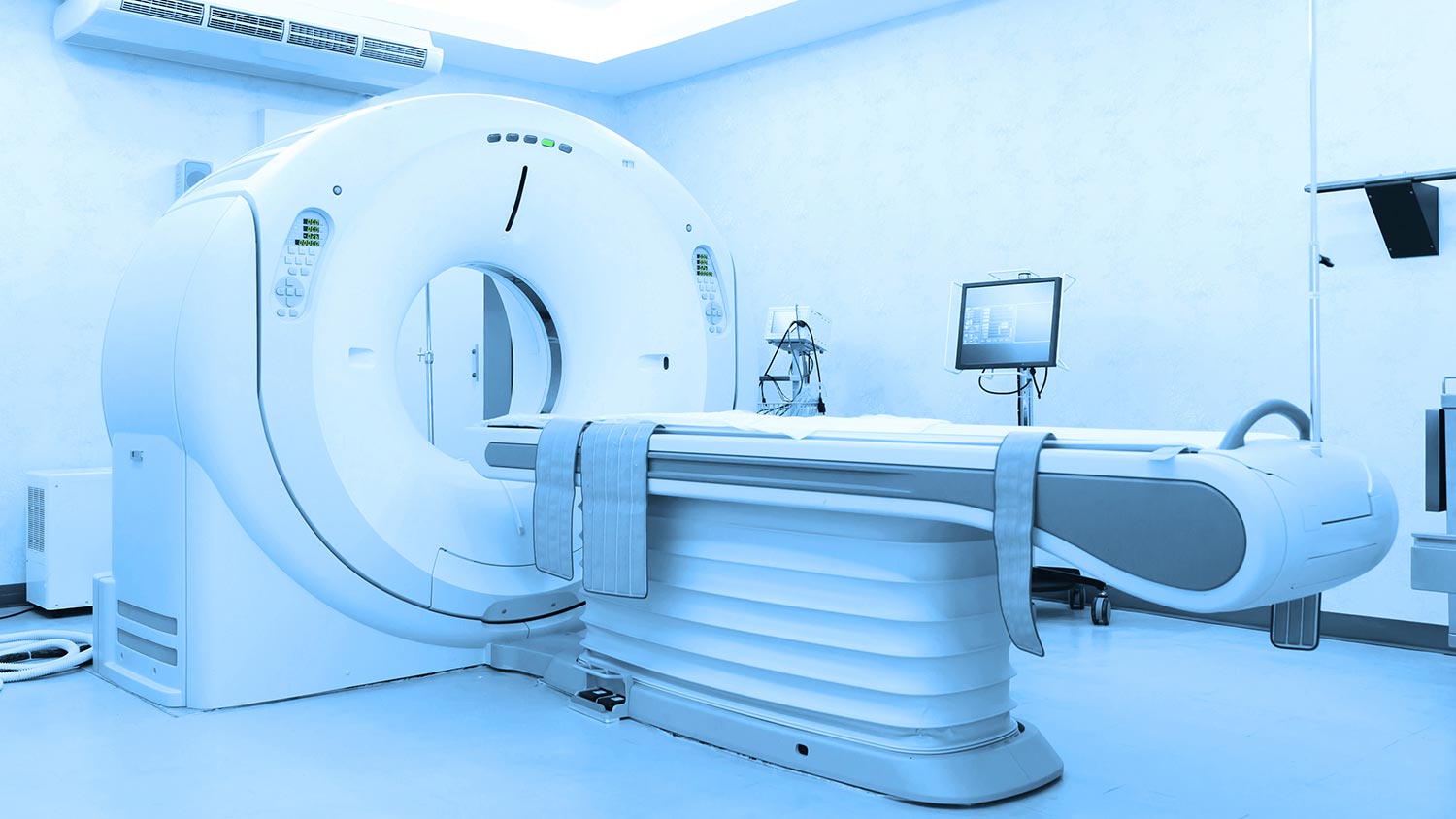 We contribute to a better, longer and more healthy life

In medical diagnostics, magnetic resonance tomography (MRT) plays a very important role in imaging the structure and function of the tissues and organs of the human body. The key part in these devices are superconductors which produce strong magnetic fields – an important part of the production of these superconductors is the use of cold rolling.

Fractures in the human body are surgically stabilized with high strength, corrosion resistant and often cold rolled implants to give the affected bones the best chance of healing.

From an end-user perspective, we are familiar with the so-called “brackets” that are used in dental medicine as tooth braces, as well as the highly flexible titanium alloys employed in the production of very light frameless glasses.

These are just a few examples of how deeply our rolling technology has also penetrated the area of health. Here too, quality will always prevail.

Superconductors are materials whose electrical resistance (abruptly) falls to zero at temperatures below the so-called critical temperature.

Superconductivity was discovered in 1911 by Heike Kamerlingh Onnes shortly after his discovery of the liquefaction of helium with measurements on mercury. This newly discovered effect only existed at extremely low temperatures of below 4.2 Kelvin. With 39 K, magnesium diboride has the highest critical temperature among the metallic superconductors. This limits the use of metallic superconductors to relatively few applications, since the cooling requires liquid helium which makes it very complex and expensive.

By comparison with the following classes, metallic superconductors still have the great advantage in that they can be formed into wire which may, for example, be used for the construction of coils like those used in magnetic resonance tomography (MRT). Rectangular profile wires are generally used, since a higher packing density can be achieved in the coils than with the use of round wires.

With FUHR cold rolling technology, superconductors produced as a round wire are rolled, in a final processing step, as rectangular profile wire. Ideally, FUHR type WST universal profile rolling machines are used for this purpose, thereby dispensing with roll changes for the production of different round wires.

Implants are medical products that are incorporated into the human body for a longer period of time.

The range of medical implants is extraordinarily diverse: the bandwidth extends from passive implants such as tooth implants, plastic-esthetic implants, vessel prostheses or stents, biological, biologicalized or biofunctionalized implants all the way through to intelligent and theranostic implants with enormous sensor and actuator functional density.

With FUHR cold rolling technology, splints for the stabilization of bone fractures are produced from stainless steel or titanium (see photo). The so-called memory metals that are employed in stents for widening coronary vessels are also brought into shape by cold rolling.

With the fixed tooth braces one distinguishes between the intraoral multi-band or multi-bracket apparatus which is placed on the teeth and the extra-oral aids (facemasks, headgear etc). The former is the design which is relevant for the cold rolling procedure.

The materials used for the multi-bracket apparatus (tooth braces) range from stainless steel to titanium and plastic and on to transparent ceramics. The brackets are adhered to the teeth after slight etching of the tooth enamel. They serve for the mounting of a wire which moves the teeth in the desired position.

FUHR cold rolling technology is used for the brackets. A profile wire corresponding to the required cross-sectional profile is rolled from round wire. The bracket is produced after cutting off short lengths of wire and slight mechanical rework.

The wires which join the individual brackets to each other are also produced with the cold rolling procedure. Here high strength stainless steel wires with square cross-sections are used which can apply pressure and tensile as well as torsional forces to the brackets.

Frames in stainless steel or titanium have established themselves in optical practice and are becoming increasingly popular. In time, stainless steel frames are threatened by corrosion. This occurs when the spectacle material is oxidized by oxygen and water or sweat and can cause skin irritation which may result in allergic reactions.

Titanium glasses are made from a completely allergy-free metal, have an especially low weight and have been specially constructed to stand up to high mechanical demands. Frameless titanium glasses do not weigh more than 12-15 grams.

In the production of spectacle frames from stainless steel or titanium, both the bridge as well as the lens holders (so-called eye edge profile) are produced in the cold rolling procedure.

A further application for FUHR rolling technology is spectacle hinges which are cut from longitudinally profiled wire.

We look forward to
your request!