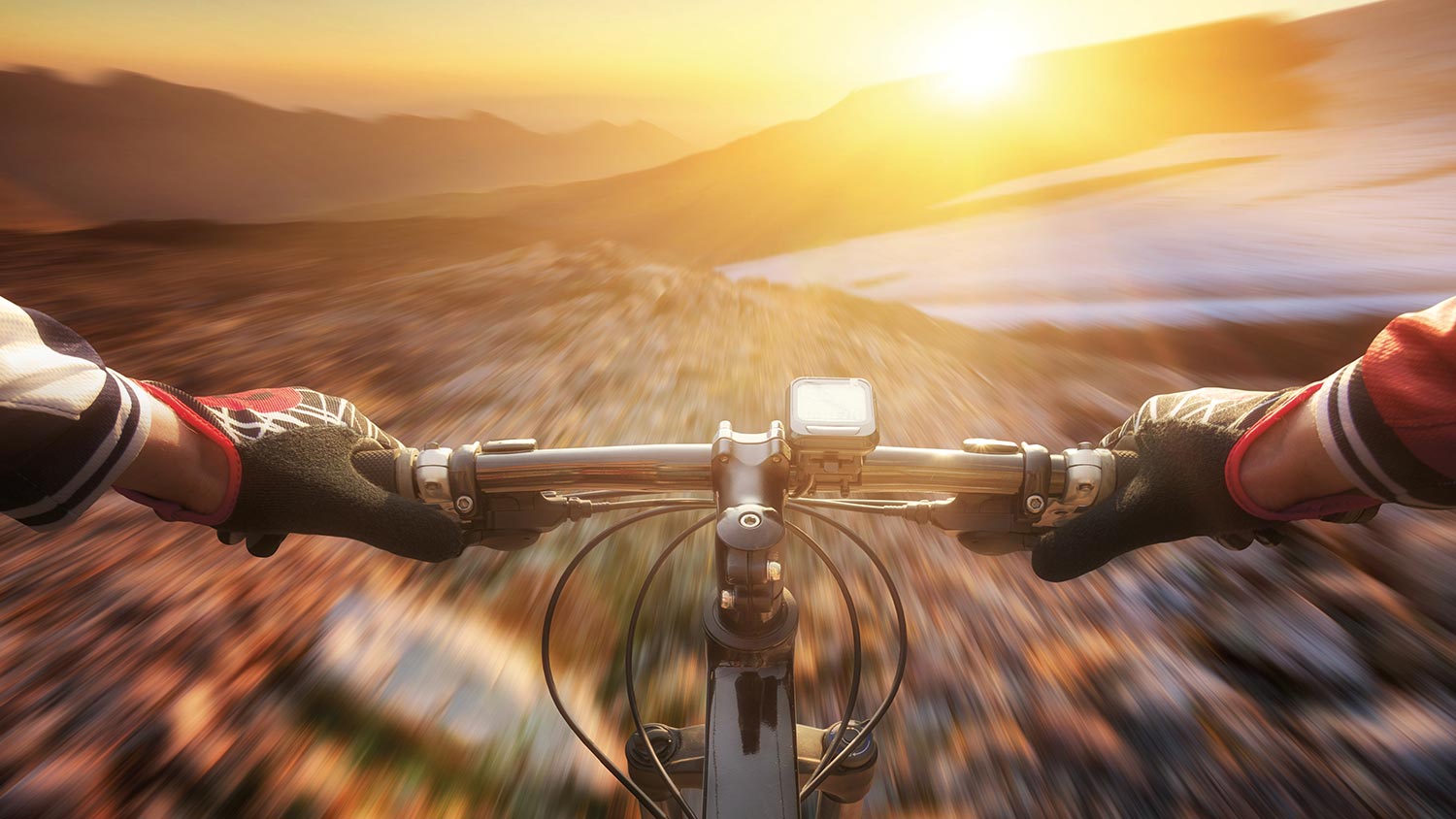 Whether in daily life, at work or leisure – FUHR and its products do almost always surround us

If you saw this cyclist – would you think of us? Definitely not. It is all the more astonishing to discover just how many areas of daily life involve products whose production also relies on the application of our rolling technology.

In the case of the cyclist it is the rollers in the chain links or the cable sheats of the bowden cables, that are manufactured using processed stretched wire. THis is how we ensure that you can maintain the perfect balance between accelerating and decelerating.

Zippers are often used for the opening and closing of clothing items. The elementary component here is a profile wire – cut into short segments and attached to cotton strips. The largest global producer of zippers relies on our technology here, and for good reasons.

Whether it is the strings of a valuable stringed instrument, wire cleaning brushes, hoof nails for horses or binding wire – it is often things that facilitate our daily life so much and whose application we have become so used to, but whose quality often depends solely on the use of FUHR rolling mills for their production.

A staple is an originally U-shaped, bent piece of metal which is applied to the materials to be connected with a stapling machine. Here, the ends are generally bent over.

Staples can have a round or flattened cross section, be made of galvanized, copper plated or tinned steel wire, but also of aluminum (for teabags).

With FUHR rolling mills, flat wires are rolled which are glued together and stamped and bent to form strips of staples.

The zip fastener (also known as the zipper) is a fastener that can be opened and closed as often as desired, and depends on form closure. It consists of two side parts with teeth and a slider which can hook the teeth with each other or separate them again.

Each strip has fine metal teeth made of brass, nickel silver or aluminum, which are interlocked by a slider to close it. Of the two helices of a zipper, one turns to the left and one to the right so that they fit together well. The helix angles are also reduced in the overlap area and then increased in the area where they are woven into the textile strip.

On FUHR rolling mills, round wires are turned into both the Y-shaped profile wires for the zipper teeth, as well as the flat wires for the pull tab. Here, the selection of the degree of forming determines the strength of the finished wires. So in this case the rolling procedure provides not only shape but also strength.

A string is a thin length of natural gut, plant fibers, string, plastic or other material, which may be stretched on a musical instrument.

Strings can be wound with a single layer or multiple layers of silver, bronze, copper or aluminum wire (known as overwinding), in order to increase the mass and thereby reduce the natural frequency. The core can also consist of steel wire, which increases the elasticity compared with other wires.

FUHR rolling mills produce flat wires for the overwinding of the strings.

The brush flat wires produced on FUHR rolling mills in the cold rolling procedure from round high strength steel wires are characterized by uniform strength for trouble-free further processing, very good forming properties and unproblematic use for high processing speeds.

Hoof nails are nails for joining the hoof iron to the hoof, made of wrought iron and bent in a slight S-shape.

Hoof nails have a length of about 41 to 80 mm, a rectangular section of 4 to 5 mm width and 1 to 2 mm thickness in their strongly conical shaft, and a slender head which blends into the shaft.

The head is either formed like a pyramid or like a wedge with bulging side surfaces (conical or bulbous hoof nail). The shape of the two other sides of the head of the nail distinguishes between strong-headed, round-headed and thin-headed hoof nails. The double offset of the hoof nail cause the point of the nail to emerge sideways from the hoof when it is hammered in, so that it can be bent over to hold the shoe more firmly.

The finished hoof nails are then formed from these wire sections in multi-step presses.

We look forward to
your request!